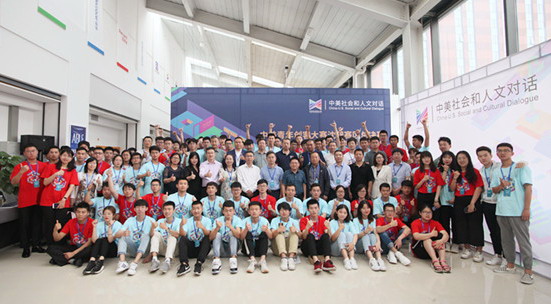 On June 14, the finals of the 2019 China-US Youth Maker Competition, sponsored by the Ministry of Education and hosted by Northeastern University, ended in Shenyang. The competition attracted a total of 1,479 young people from 17 provinces to participate in the competition. They formed 442 teams and 50 teams were finalists in the final of Shenyang Branch. According to statistics, Shenyang is the most widely contested area in 2019, with the largest number of participants and teams participating in the China-US Youth Creator Competition.

After 24 hours of fierce competition, the Future Life Team from Northeastern University won the first prize in the Finals by its “Cloud-based Fusion Upper Limb Intelligence Rehabilitation Training Table”. Furthermore, the ACTION Robot Team fo Northeastern University won the third prize in the finals for “Omni-directional Mobile Robot Based on Inertial Navigation”. It is reported that five teams of the first, second and third prizes will represent Shenyang in the final of the 2019 China-US Youth Maker Competition to be held at the China Century Monument in Beijing in July this year.

With the theme of “Creating the Future Together”, the China-US Youth Maker Competition advocates that participants should pay attention to the sustainable development areas such as community, education, environmental protection, health, energy and transportation, and combine innovative ideas and cutting-edge science and technology to create new works with social and industrial value.